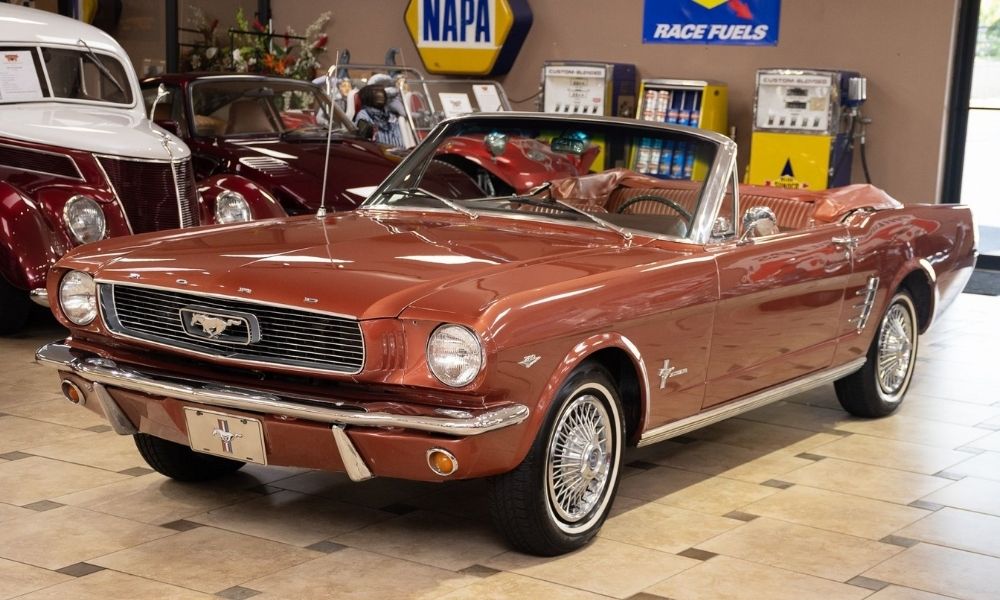 Every classic car fan has heard the name “Mustang” before. Over 50 years ago, this sleek, classy car made waves in the automobile industry, and today, it’s one of the most beloved collector cars in America. Here are five interesting facts about the classic Ford Mustang that may surprise even classic car history buffs!

“Mustang” wasn’t the only proposed name for this classic car. Ford threw around a variety of potential names, including Panther, Colt, Stiletto, Comet, Allegro, and the strongly considered Cougar, before eventually settling on the pony car we know and love today.

Speaking of pony cars, the original Ford Mustang created this category of classic cars! Pony cars are named after the Mustang’s famous horse logo. Sporty, compact, stylish, and affordable, the first pony car had it all, and car fanatics couldn’t get enough of it.

Another interesting fact about the classic Ford Mustang is that the first-ever Mustang, which was a preproduction car designed exclusively for a dealership tour, was accidentally sold to a man in Newfoundland. Harry Phillips, the lucky buyer, drove the car for over 10,000 miles and then traded it back to Ford. Today, you can find Mustang Serial No. 1 on display at the Henry Ford Museum of American Innovation in Dearborn, Michigan.

The Mustang’s debut was at the 1964 New York World’s Fair. The evening before the car’s initial in-person viewing, it was heavily advertised on prime-time TV. Evidently, people fell in love with it at first sight, because over 22,000 were purchased immediately after the unveiling! The Mustang also blew Ford’s first-year sales predictions out of the water. The company anticipated 100,000 sales in the first year—it sold more than 400,000.

The Ford Mustang is quite the celebrity! It has appeared in over 3,300 movies and TV shows to date. Notable appearances include cameos in Goldfinger, The Simpsons, Gone in Sixty Seconds, Criminal Minds, and The Fast and the Furious: Tokyo Drift.

Looking for custom vintage cars for sale, Ford Mustang or otherwise? Ideal Classic Cars has an online showroom full of your favorite classics. Stop by to find a classic car that suits your fancy.