How Car Designs Changed Throughout the Decades 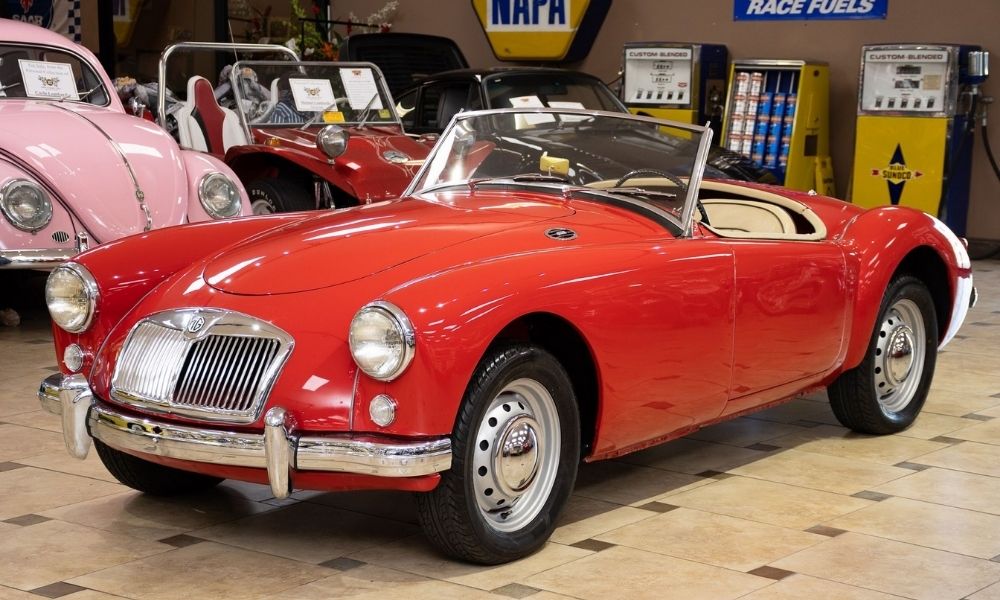 You can tell a lot about the life of a tree by looking at its rings—where it grew, what the weather was like, and more. If American history is a tree, its cars are its rings. The designs of automobiles have certainly evolved through the years. By looking at how car designs have changed throughout the decades, we not only see the triumphs and mistakes of the auto industry—we see American history. Let’s look through it together.

The 1950s: the Golden Age of American Cars

Postwar America: what a time to be alive. As the United States reveled in their victory over fascism and the benefits of the GI Bill percolated through society, the American middle class began to enjoy unprecedented prosperity. The Baby Boom went into full swing, and millions of upstart families started very new lives in this brave new world. Newly cash-flush households took advantage of an economy that encouraged rapid growth and made their way out of the cramped cities of the industrialized Northeast and Great Lakes. It was the 1950s when the suburbs truly sprung forth in earnest. While “streetcar suburbs” and “bedroom communities” had long existed on the peripheries, these towns were built along the commuter railroads that fed New York, Chicago, Philadelphia, and Boston. The 1950s marked the rise of communities designed not around the railroad, but around the car. Historically, this was an extravagance—and the cars of the 1950s represented every bit of it.

This was the rise of car culture—and what beautiful cars they were. With no fuel shortages to agonize over as there were in World War II, American cars were petroleum spendthrifts, with heavy constructions requiring a lot of horsepower to move them. Chrome accents, long bodies, and big tailfins all defined the cars of the ‘50s with everyman luxury and Space Age ambition. Of the classic cars of the ’50s, perhaps no model is more iconic than the Ford Thunderbird, with its smooth and streamlined angles and lines, its flaring tailfins, and, like many of its fellow models, exteriors that were anything but Henry Ford’s dictate of “any color you like, as long as it’s black.” Pastels, from bubblegum pink to mint green to electric blue, brought bursts of color to what we imagine today to have been a black-and-white world.

The Big Three continued to thrive into the 1960s, but as imports began to pose a threat to domestic automakers, Detroit stayed innovative. Whereas cars of the ’50s were about maximalist flourishes, the ’60s took a new tack thanks to foreign automakers who didn’t share America’s gas-guzzling thirst back home. Europe and Japan found a niche—people who wanted smaller cars with better fuel economy—and exploited it. The Volkswagen Beetle, a cute little bubble of a car, stood in stark contrast to the bulky and angular domestics of the 1950s. Rather than compete on their adversaries’ terms, the Big Three decided to play up the contrast. Enter the muscle car—sleeker, more powerful cars that weren’t here to be efficient or practical, but to show off their specs. This was the heyday of the Pontiac GTO, the Ford Mustang, and the Chevrolet Corvette, sharpening the contours of the previous decade’s cars to showcase speed and raw power. It was in 1965 that consumer advocate Ralph Nader published the blistering Unsafe at Any Speed, a condemnation of the auto industry’s lethal lapses in quality control, and this accusation would inform car design for years to come.

All good things must come to an end. The turbulence of the 1960s settled down into the malaise of the 1970s, a decade of grim austerity. Americans began to look inward as they tried to contemplate a tumultuous and changing world that, this time, did not change to their benefit. The Watergate hearings, New York City’s insolvency, and the energy crisis of the Carter administration all cast a pall over American prosperity. Cars of the ’70s reflected that spiritual darkness. No longer could Detroit tell America what it wanted to drive, as Japanese automakers captured an unprecedented market share with smaller and more efficient alternatives to unwieldy domestic models. The Big Three—along with AMC, the scrappy underdog of American manufacturers—tried to play catch-up, but they found themselves a day late and more than a few dollars short. Unpretentious, unattractive cars were the new normal. Gone were the powder blue Thunderbirds and candy-apple red Mustangs. Meet the Honda Accord, Ford Pinto, and Chevy Nova, most likely to be bedecked in chocolate brown, pea-soup green, or burnt orange.

The 1980s may have been morning in America, but Detroit slept through the alarm. As the economy recovered throughout most of the country, the domestic auto industry continued many of its same struggles to stave off international competition. While Back to the Future made the otherworldly 1985 DeLorean DMC-12 a household name, most of those households couldn’t spring for what would cost $65,000 in 2021 dollars. Form followed function more than ever in this decade. American drivers, still reeling from the energy crisis, wanted to play it safe. This time, the Big Three listened, matching Nissan, Toyota, and Honda move for move with a series of utilitarian, boxy, no-nonsense models. If you were lucky, a Ford Tempo may have had a thin strip of chrome along the side. If there was a positive to the thoroughly unremarkable autos of the ’80s, it’s that people had finally had enough. The pendulum would swing back—and hard.

After years of uncreative design, automakers changed the game with a new wave of curvilinear design. The 1997 release of the VW New Beetle couldn’t have come at a better time—in concert with the decade’s nostalgia for the ‘60s, Americans fell in love with the soft and smooth contours of modern design. While classic car enthusiasts have derisively called these cars “jellybeans on wheels,” the mass market found these cars much more aesthetically pleasing than those they directly followed.

The Car Designs of Today: You Name It

Tracking how car designs have changed throughout the decades gets hard in the 21st century. With the end of the American monoculture, so too has there been an end in “the decade” as a discrete measure of history. Car designs are all over the place—with so much history to take cues from, there’s something for everyone. At Ideal Classic Cars, we hope our showroom has something for everyone, too. You’ll find custom vintage cars for sale spanning throughout the decades, from the 1920s to the present.