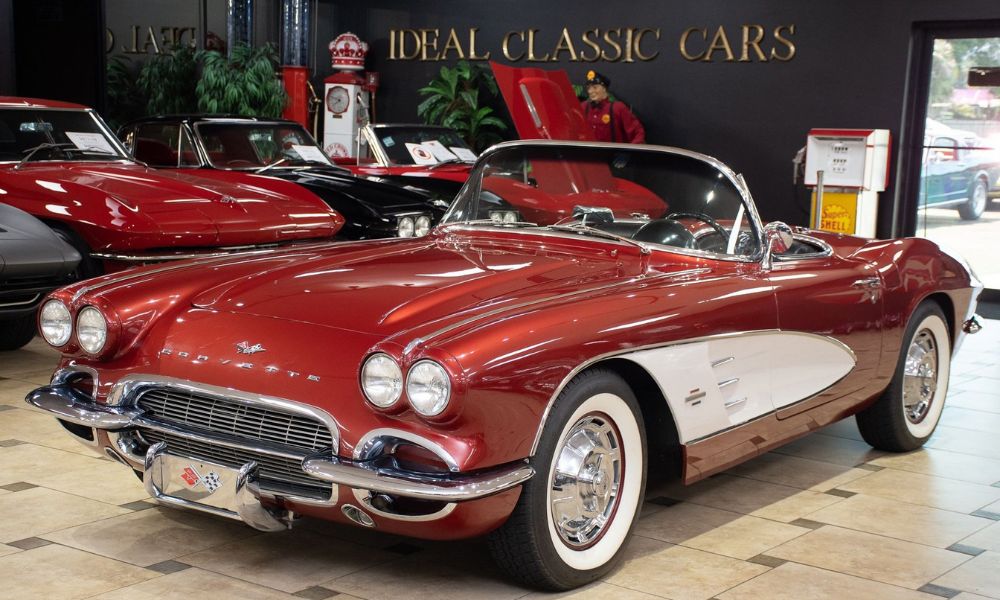 The US auto industry has been around for over 100 years. In that century, the industry has grown immensely, and we can attribute much of that growth to a few revolutionary vehicles that made statements and set new and improved standards. Today, we look at ten revolutionary classic cars that changed auto history, from the first commercially sold car to the car that helped the Allies win World War II.

Duryea Brothers Charles and J. Frank are credited with creating America's first gas-powered automobile and one of the first commercially sold automobiles in American history. The Duryea Motor Wagon had a crude but genius construction; it was a horse-drawn buggy hooked up to a 4-horsepower single-cylinder gas engine. In total, the Duryea brothers produced 15 prototypes of their gas-powered wagon. The first ten prototypes were some of the first working autos sold in America. While the auto industry has evolved well beyond rudimentary converted buggies, the Duryea Motor Wagon set the foundation that other aspiring automakers would build on for years to come.

Though it debuted in 1908, it wasn't until 1910 that the Model T really hit it off. As the first car ever produced in a mass production facility, the Model T was attractive, practical, and more importantly, affordable—it was the first car for the middle class. Ford's invention revolutionized car production and was a powerful symbol of American modernization and the rising middle class. It was so popular that, for over 60 years, it held the title of the most-sold car in auto history.

The Duesenberg Model J was a spectacular luxury car that, unfortunately, made its debut at the wrong time—just a year prior to the Great Depression. To the millions of Americans out of work or facing lowered salaries, the car's $13,500 price tag was daunting. That said, those who could afford it were enamored with the Duesenberg's sleek, chrome-pipe look and powerful engine, and it soon became a symbol of status for its royal and celebrity buyers. Today, it's remembered as one of the most iconic cars of the late Art Deco era.

Called "one of three decisive weapons the US had during WWII" by President Eisenhower, the Willys MB, more commonly known as the US Army Truck or Willys Jeep, was a four-wheeled powerhouse that played a major role in securing the Allies' victory in WWII.

By the end of the war, it was a victory icon, and many civilians wanted a version for themselves. And so, the CJ-2A civilian model was born. The civilian version of this military truck wasn't all that different; it had a tailgate, a side-mounted spare tire, a smaller grille, and bigger headlights, but other than that, little changed. Today, many folks consider the Jeep Wrangler a modern revival of the CJ-2A.

Ah, the Tucker Torpedo. This car was truly revolutionary. It featured safety glass, a central headlight that followed the movement of the wheel, a padded dash, a roomy interior, a flat-six engine in the back, and much more. These innovations were so new and advanced for the time that it left the Big 3 quaking in their boots. Afraid that this super cool and modern car would crush their share in the market, Chrysler, Ford, and GM banded together to sue the Tucker car company into oblivion. They were successful, and Tucker was forced to cease production of the Torpedo and shortly went bankrupt. While the Torpedo never got the chance to make its mark on the market, it's remembered nonetheless as one of the most innovative autos of its time and as a peek into the dark, competitive side of the auto industry.

The trusty Oldsmobile Rocket is widely considered the first muscle car. The Rocket was your standard Oldsmobile 88, beefed up with a V8 engine. With its slim, light body but power under the hood, it fit the definition of "muscle car" to a T. In addition to being the first (or at least one of the first) muscle cars, the Rocket 88 was the first production car to feature an engine that displaced more than 300 cubic inches.

Our next revolutionary, history-changing car is the 1953 Chevrolet Corvette. This pompous sports car may not have packed a ton of power, but it was fast—and boy, did it look nice! The Chevy Corvette is one of only a few American sports cars to survive for more than six decades and through multiple iterations, and it's one of the most sought-after classic cars for its alluring look to this day.

Tiny yet roomy, the BMC Mini set the mark for the production of passenger cars. This small, boxy car, aptly named the "Mini," looked teeny from the exterior, but was quite roomy inside and was able to fit four adults. How did it manage? The Mini featured a transverse engine and a front-wheel-drive configuration, which left the majority of the car's floorplan for people and their belongings. This space-saving design was adapted by several other automakers and soon became the standard for passenger cars.

During the 70s, an oil crisis pushed American consumers toward smaller, more fuel-efficient cars like the Honda Civic. The Honda Civic's popularity allowed Japanese automakers to proliferate the US auto marker with their economy cars. In part, you can thank the Civic for making Japanese brand cars like Honda, Toyota, Mazda, and Nissan so easily accessible today!

In 1984, Dodge took it upon themselves to solve a dilemma. People were no longer fond of bulky station wagons, but those with big families still needed cars that could fit the whole gang. Dodge's solution was the mini-van—small, easy to drive, fuel-efficient, and roomy enough that it could seat seven to eight. Mini-vans became hugely popular, and they continue to be the car of choice for parents around the globe.

If you're looking to add a piece of auto history to your collection, come and shop Ideal Classic Car's custom vintage cars for sale. We're a premium classic, vintage, and antique car dealer in Florida and have a large inventory that's ever-changing. Check in regularly—you might just discover a gem!