The 5 Best Classic Vehicles for Off-Roading 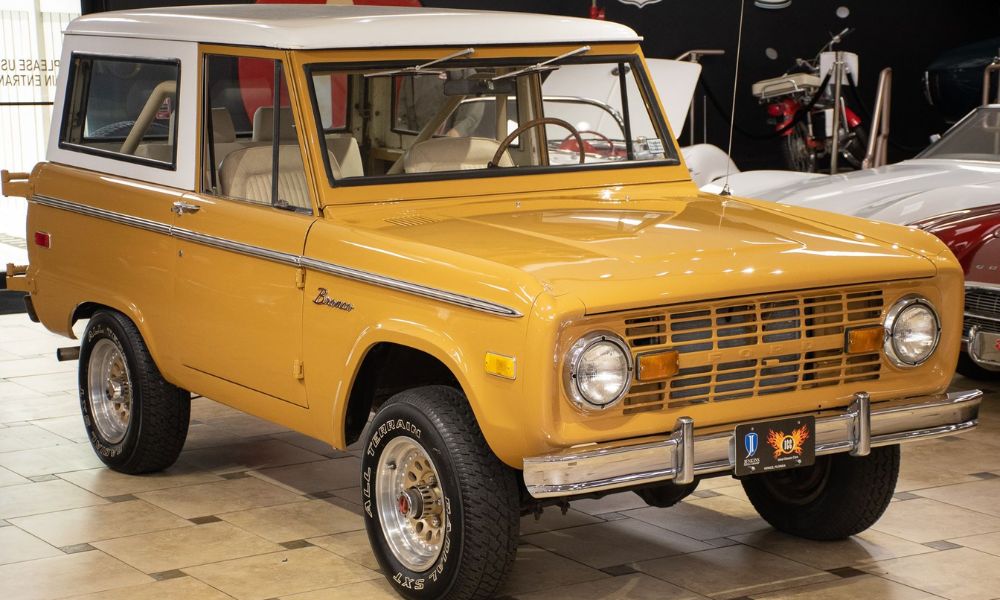 Classic cars aren’t only about luxury and speed—some broke the mold by going off the beaten path. If you’re a fan of vintage four-wheelers, check out our list of the best classic off-road vehicles!

Few car brands have been able to make vehicles look as comfortable off the road as they do on paved streets for as long as Land Rover. The company has created some of the most iconic off-road vehicles, but the crown still belongs to the original Land Rover Defender.

The Defender dates back to the ‘40s and has staked its claim as one of—if not the—best classic vehicle for off-roading since conquering practically every landscape the world has to offer.

Fun Fact: Although it’s known as the Defender now, this model’s original name was simply Land Rover Series I until the arrival of the Land Rover Discovery.

For decades, the two staples of the Ford lineup were its prized stallions—the Mustang and the Bronco. Ford recently brought back the Bronco after a hiatus, but for many, nothing can compete with the classic Ford Bronco look and feel.

The classic Ford Bronco was one of the first vehicles to focus on four-wheeling capability for adventurist drivers and ensured its build was as durable as attractive. Today, the Bronco models of the ‘60s and ‘70s are still hot commodities, and many can still take on unruly terrain just as well decades later.

When it comes to vehicles built to tackle whatever’s in front of them, few can compare with the original AM General Hummer H1. Introduced in the early ‘90s, this classic vehicle was introduced to the mass market and became a sensation with its imposing design and utility.

The first Hummer was giant, wide, and not the fastest; however, its independent suspension and massive ground clearance meant there were few places off-limits to the Hummer.

Fun Fact: The original Hummer could raise and lower its tire pressure from the cab for better traction, depending on the environment.

For decades, the battle for off-roading and four-wheeling supremacy came down to the Ford Bronco and its arch-rival, the Chevrolet Blazer. The Blazer distinguished itself from the Bronco by being based on a full-size pickup, making it a little bigger and more capable than its Ford counterpart.

The Blazer has gone through many cosmetic updates since its introduction in the ‘60s, but for our money, you can’t beat the classic design of the original. Even if you’re a Ford loyalist, you can’t deny the beauty and utility of the classic Chevy Blazer.

The Scout II may not come from the famed lineage of other models on this list, but it made its mark in the off-roading enthusiast community. The Scout II comes from an agricultural and heavy equipment manufacturer, translating the raw power and functionality into a fun, quirky, ultra-durable vehicle.

The Scout II quickly became a cult favorite after its introduction in the ‘70s and still has many loyal enthusiasts and even Scout owner clubs today.

Those are our favorite classic off-road rides; what are yours? Don’t forget about Ideal Classic Cars the next time you’re looking for custom classic cars for sale!